Disclosure: I may be down with oat milk and mashed and adequately spiced avocados on artisanal bread but I’m not one of these woo-woo yoga bodied Brooklyn peeps playing my water drum in a sea of crystals and reminding others to hydrate. I’m an all-black everything, rainbow dark, motocross boot-wearing, “I’ll believe it when I smell it”, warm Tecate-breath, kinda queer. I’ve come to understand that it’s my task, as a combination skeptic and half-paranoid, ex-cool kid turned anxious germaphobe and grateful shut-in, to write these posts in such a way that opens the door for other, similarly minded peeps to at least consider the possibility that Odious is a legit seer, or prophet. I continue to gather information, cosplaying as an Interdimensional Detective, a role Odious claims I was secretly born to be. I’ve seen some weird shit go down these past few months, like this part I’m about to tell you, but despite having witnessed it directly, I’m still not ready to totally discount that it’s just a shared delusion between Odious and I brought on by eating the same food and breathing the same air for too many months straight. The idea that it’s a delusion gives me a way back to find the wardrobe door that leads to the other side of the dull, murderous reality of the ordinary world. I don’t want to push open the door and go back through, but I want to know where it is, I want to be able to touch the handle in the dark.

The following is an account of a series of synchronicities related to “Dies Irae”, or “Day of Wrath”, that started on 12/28, nearly a week after Odious’ solstice dream.

In Odious’ dream, they were given a scroll by Philip K. Dick, which Odious took to symbolize the transfer of subliminal information. They had the feeling they were meant to work with PKD on a piece of writing—by channeling his guidance or ideas and mixing them with their own. In the days following the dream, they researched his works, looking for collaborations with other authors, which is how they found, Deus Irae, (“God of Wrath”) a novel he co-wrote with Roger Zelazny. There was another novel, The Ganymede Takeover that he wrote with Ray Nelson, but it was largely written off as being not very good and wasn’t even in print in the U.S. anymore. Deus Irae immediately pulled Odious in, when they found the plot was based in part on a PKD story called, “The Great C”, about a post-apocalyptic Earth in which the computer that created the nuclear disaster many years ago that’s left everything in ruins, demands that each year a young person from the tribe of human survivors asks it three questions and if they manage to ask one it can’t answer, it will leave them alone forever. But if The Great C can answer all three questions, the young person must sacrifice themselves so it can be fueled with the minerals and trace elements from their bodies. And if the tribe of surviving humans doesn’t send a young person at the appointed time, The Great C has threatened to create another “smash” like the one that left the planet totally fucked.

Every year the humans work as hard as they can to come up with questions that couldn’t possibly be answered, and every year The Great C—a dilapidated, dented cube covered in bird shit—answers them easily.

“This is some straight up Gnostic shit,” Odious said, “the people think this busted computer is a god—a belief that grows stronger with each year that goes by that they can’t stump it, while what remains of the world from before the smash completely corrodes and crumbles apart, and the mutations caused by radiation evolve into more frightening forms.”

“Wikipedia says The Great C is in part based on Moloch, the ancient Phoenician god who demanded the sacrifice of babies. I was just reading Ginsburg’s "Howl", where he references Moloch throughout.”

“The demon of capitalistic society gobbling up all the queer freethinkers.”

“I saw the best minds of my generation destroyed by sadness, shopping satirical, encased in layers of moisturizer goo and cashmere sheets.”

“At Dawn playing an ASMR mix to stave away madness,” they added, which didn’t fit the meter but still made me smile. “But check it out: so apparently parts of the short story The Great C went on to become the novel Deus Irae, which means God of Wrath. It’s a play on Dies Irae, or Day of Wrath, which most frequently refers to a medieval catholic requiem mass about the end times. It contains this eerie riff that Mozart used in his requiem and that is included in tons of film scores. It’s crazy. There’s a long list online. One of them is, in this movie right here.”

They held up the DVD of ‘It’s a Wonderful Life’ that I had joined them in watching for the holidays a few days before and that had never been put away. They had a thing for DVD’s, with stacks of them crammed in the cabinet under the gigantic TV, waiting for when they got the proper set-up with the DVD tower so we could see all the titles.

“It’s so much better having fewer choices. One day soon I’m going to have you change all my streaming passwords and promise not to tell me what they are,” which was something they said from time to time but of course never did.

Now they waved the case with icons of whiteness, Jimmy Stewart and Donna Reed embracing on the cover. “You know that part near the end—when George Bailey is on the bridge praying to Clarence the Angel to let him live again…? Well the reason I dig it so much is it reminds me of that aya ceremony I told you about, when I ended up in the back of the building by the trash, just wearing shorts and slides and looking up at the light polluted sky above that looked like a blank screen and crying and begging for the spirits to let me live, to let me have another chance, to let me try and be a real person instead of this hollowed out thing that was filled with anger and illness…? Anyway, it’s at that exact part in the movie where they play the Dies Irae riff in the background.”

It was a good sync, but then came an even better one.

As they opened the over packed cabinet to put “It’s a Wonderful Life” back inside, a caseless DVD-R came rolling out. It had “Mirror, 2012” written in red sharpie across it.

“Oh man,” they said, their big eyes even bigger.

“I haven’t seen this in years—I thought I lost it.”

“It’s a copy of this film these dudes made for a festival at Spectacle back in the day.” Spectacle was a tiny movie theater in what used to be an old bodega in south Williamsburg. It was a spot to get fucked up and watch art-house weirdness.

They looked at me, their hair sticking up as though reacting to the find but it was really because they kept pulling at it.

“It’s a high def version of this experiment they did at the theater, where they took the movie ‘The Shining’ and projected it playing forwards and backwards at the same time. The images were superimposed on top of one another—with only the audio from the film going forward playing. They worked with the light and got it so you can really see both and its off the hook, man. There are some powerful syncs for sure—like Danny covering his face out of fear with a wild looking Jack superimposed over him, or Jack’s leering, insane face from near the end of the film in the car between Wendy and another version of himself as they drive to the Overlook.”

“Yes, and it was posted online—but it always gets taken down pretty quick. So they made an HD version and secretly handed them out to various media peeps like me for safe keeping.”

“Because Dies Irae is in The Shining as well—it’s in the famous, dark synth intro by Wendy Carlos, a trans person I might add.”

“The Shining—which is about psychic communication. And this fan film created about it back in 2012 which I labelled ‘Mirror’, all those years ago, since it seems to prove that Kubrick made the film symmetrical—the connections and darker elements become more clear when they are seen in a mirror, just like the word, ‘redrum’.  But now the mirror is on me, as I discover Dies Irae, and the connections to my dream.”

“What if it’s a warning,” they asked--maybe to me, maybe to themselves.

“Yes, or something using his form. Maybe because it knew it would get my attention.”

“A warning about what?” I said, wondering deep down if they had planted that DVD-r and moved the cabinet in such a way that made it fly out.

“About the end of the world,” they said, their voice matter-of-fact. Their eyes were big, but the trademark dead stare was in effect, something equally Zen and zombie, hungry and full. Other people said it was fucked up but it always made me feel better to see it.

Image: Still from The Shining: Forwards and Backwards 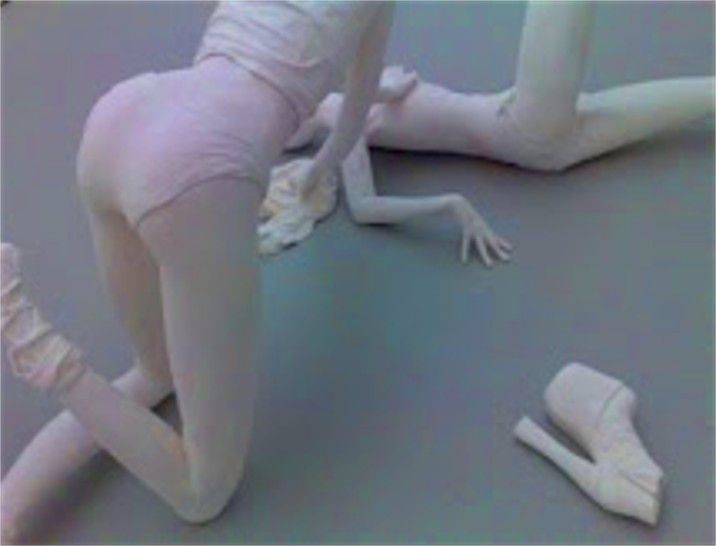 Since the time with Behemoth, I’ve lost the ability to discern a certain stratum of details. While none of these are of crucial importance in and of themselves, taken together they contribute to a general sense of being ungrounded.
Nov 22, 2022
12 min read